Bridport Housing Week, during which BACH was officially launched, achieved the aim of reinforcing the need for community-led solutions and showcasing examples of successful community-led projects and innovative thinking.

The ‘WE CAN DO IT OURSELVES’ presentations and discussion on the evening of the 31st October was well attended and refreshingly lively.

Our keynote speaker, Melissa Mead, gave an inspiring talk about the achievements being made by the community, for the community, on Bristol’s Knowle West estate housing front.  Lin Scrannage described the incredible prize-winning achievement by Bridport CoHousing to build 53 affordable homes on our doorstep here in Bridport.  Amanda Streatfeild succinctly described Symene CLT’s Edwards Close development and its success.  BACH spoke about the sobering statistics and consequences associated with a shortage of truly affordable homes in the Bridport area.

The photos of the evening are courtesy of Alexandra Carr, University of Plymouth. 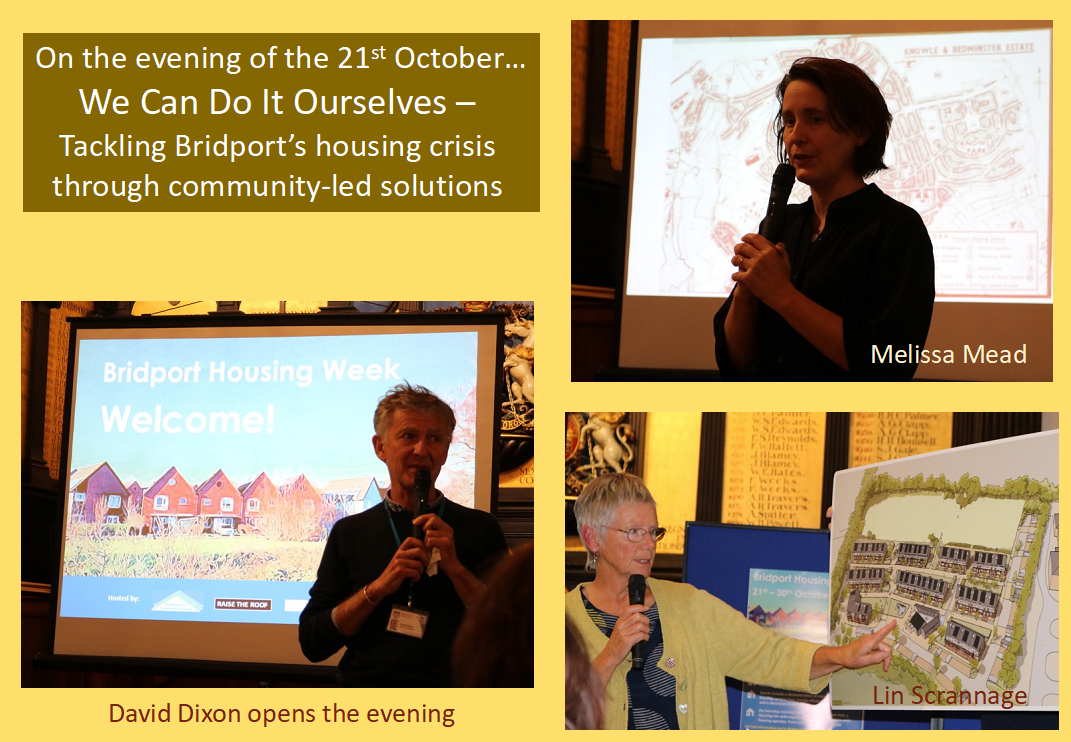 Unfortunately, the DEMONSTRATION AT PLOTTINGHAM of a Modern Method of Construction could not go ahead.  Instead, a familiarisation and training session was held with enthusiastic senior students at Bridport’s Sir John Colfox School (our thanks to Melissa Mead for helping with this).

The first BRIDPORT HOUSING FAIR held ON THE 30TH October was hailed by the Mayor, Cllr. Ian Bark, as an important step in local attempts to create a fairer and more affordable housing system.  To quote part of the Mayor’s speech:

“A roof over your head is something which in the 21st Century everyone should have access to. But sadly, for many local people, achieving this is a daily struggle. They can barely afford to put a roof over their heads, because they are trapped in a low wage economy…The Housing Fair organised by our very own new Community Land Trust – called Bridport Area Community Housing – or BACH for short – is focused on exploring and finding solutions and opportunities for the future – and, most importantly, coming together as a community to sort the problem out for ourselves.”

The Fair served as a platform for providing valuable information to those in housing need and to those interested in rising to the challenge of finding new solutions.

Participants included representatives from existing community and non-profit housing organisations such as Symene CLT, Bridport Co-housing and Magna Housing Association.  Raise the Roof partnership and Architectural Association students from Hooke Park exhibited new sustainable approaches to housing construction.  Dorset Council were on hand to provide advice and guidance.  Bridport Town Council presented an overview of Vearse Farm (now Foundry Lea) development.  Ridgeway Energy, and Dr. Shelley James (from the Centre for Sustainable Energy) advised on energy conservation in the home.  Dr. James went on to chair a lively seminar in the WI Hall on the subject.

Our thanks to the Mayor and all those who contributed! 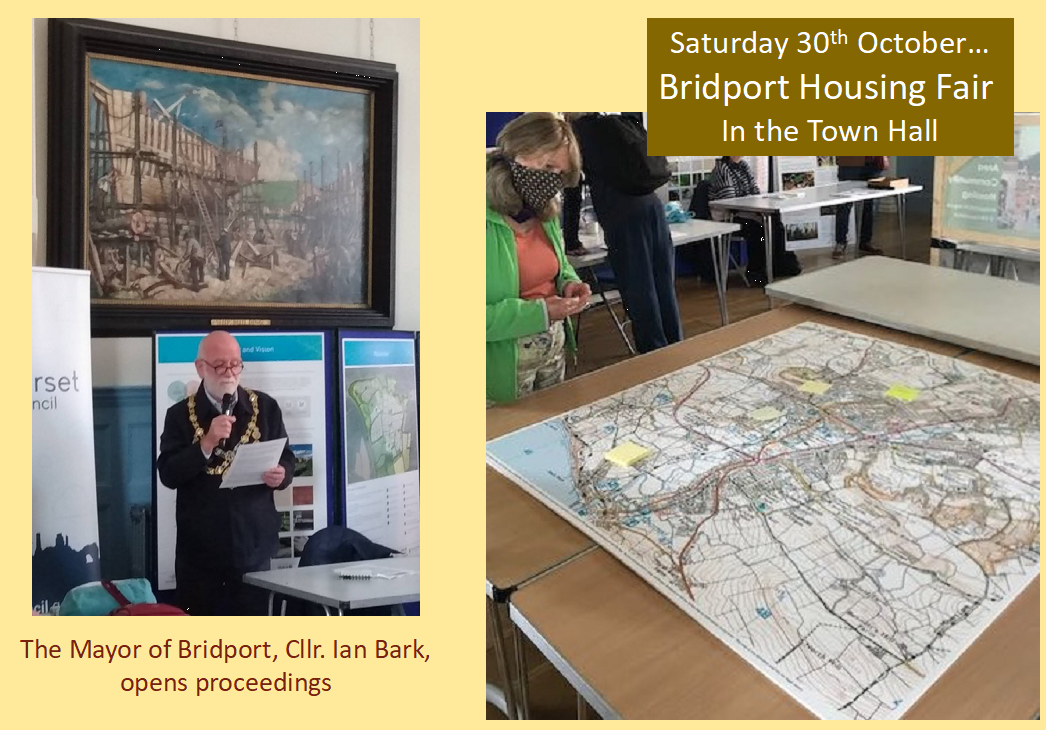 We are now looking for small sites in the Bridport area to create affordable housing. We are particularly interested in supporting initiatives that are co-designed and self-built by the people who will live in the homes, using modern, off-site construction techniques.